In Toyota Motor Credit v. Director, Div. of Taxation, Docket No. 002021-2010 (Aug. 1, 2014), the New Jersey Tax Court held that Toyota Motor Credit Corporation (“TMCC”) was entitled to increase its tax basis in leased vehicles to the extent of prior year depreciation deductions that hadn’t produced a New Jersey tax benefit.

TMCC is a California corporation that operates a vehicle leasing business in New Jersey.  In a typical lease transaction, an automotive dealer enters into a lease agreement with a customer for a Toyota vehicle.  TMCC purchases the leased vehicle from the dealer, the dealer assigns the lease agreement to TMCC, and TMCC collects the lease payments from the customer.  At the conclusion of the lease, TMCC sells the vehicle.

TMCC initially reported gains for CBT purposes for 2003 and 2004 on the sale of leased vehicles because of its federal adjusted basis.  Relying on the New Jersey Tax Court’s holding in Moroney v. Director, Div. of Taxation, 376 N.J. Super. 1 (App. Div. 2005), TMCC amended its 2003 and 2004 CBT return to eliminate gains of $484 million and $1.278 billion, respectively, by increasing its basis in vehicles sold during those two years by the amount of depreciation that was unused for CBT purposes.  TMCC argued that disallowing the basis adjustment for CBT purposes imposes a tax on phantom income.

Moroney involved individual taxpayers challenging New Jersey’s Gross Income Tax Act (“GIT”).  In Moroney, the taxpayers sold rental properties.  Despite taking federal depreciation deductions on the property during the course of ownership, the taxpayers used the properties’ purchase price as the basis for calculating gain under New Jersey law.  The taxpayers took this position because the operating expenses exceeded rental income in each year the Moroneys owned the properties and the GIT Act prohibits loss carryforwards.  The taxpayers prevailed and TMCC argued that the same principle should apply to its facts under the CBT.

The New Jersey Division of Taxation argued that Moroney did not apply in this case because the CBT Act, unlike the GIT Act, directly ties taxable income in New Jersey to federal taxable income.  The GIT Act has “long been recognized as not mirroring federal statutes.”

The Court, instead, focused on the existing provisions of the CBT Act, which paralleled relevant statutes in the GIT Act.  Specifically, the Court examined N.J.S.A. 54:10A-4(k) also imposes a tax on “net income,” including “profit gained through a sale . . . of capital assets.”  Looking at the legislative intent, the Court found that the CBT Act “expresses the intent to tax only the gain a taxpayer realizes from the sale of property [and] permitting TMCC to employ a Moroney adjustment to the basis of its property would further this statutory objective.”

The Court also found in favor of TMCC regarding income apportionment under New Jersey’s Throw-Out Rule.  The Throw-Out Rule, enacted as part of the Business Tax Reform Act of 2002, amended the receipts factor for CBT apportionment.  It changed the income tax apportionment sales factor from a ratio of New Jersey receipts to total receipts (NJ receipts/total receipts) to a ratio of New Jersey receipts to taxed receipts (NJ receipts/taxed receipts).  The rule excludes receipts from the denominator of the sales factor that would be assigned to a state or foreign country in which the taxpayer is not subject to tax.

This case arises from an unusual set of circumstances that include an aggressive cost segregation report and a “missing” taxpayer. The potentially avoidable determinations made in this case may concern many who specialize in property depreciation and cost segregation.

The missing client is more unusual. Either very near or during the time the case went to trial, AmeriSouth Texas and Mr. Hamilton sold the apartment complex held by AmeriSouth XXXII and decided to abandon its defense of the claimed depreciation. It did this by refusing to respond to communications from the Tax Court, IRS Counsel and its own lawyers, even as they were litigating the case at a Buffalo trial session. After an extension of time and several attempts to reestablish communication, the litigation team requested permission to withdraw from the matter prior to post-trial briefings. The court allowed the attorneys to withdraw but there is little question that the lack of post-trial briefing did not benefit the taxpayer and resulted in several of the conclusions reached by the court. That is the missing taxpayer.

Before we get to the court’s determinations, there is one more thing to cover. This case, AmeriSouth XXXII v. Commissioner, is a Memorandum Opinion of the Tax Court heard and authored by Judge Mark V. Holmes. As experienced observers know, depreciation cases are always fact intensive and rarely result in new legal conclusions. Thus, they are often not published as official reports of the Tax Court, i.e., division or conference opinions. Rather, depreciation cases are often disposed of, as this case was, in memorandum opinions where the emphasis is on the application of well established law to the particular facts of the case.

Memorandum opinions are not published in the official Tax Court Reports and have limited, if any, legal precedent. However, all memorandum opinions since 1995 are published on the U.S. Tax Court website and have been published in print by various legal publishing houses for decades. These opinions establish the application of settled law in certain factual circumstances. While many will insist, correctly, that memorandum opinions are not legal precedents they nonetheless are important guideposts for the court on factual matters. When on point, these cases are often followed by the Tax Court when similar facts reappear before the court (presumably in order to create a pattern of consistency and predictability for taxpayers). As further evidence of the relative importance of memorandum opinions, please consider that the court recently announced a uniform method for spot-citing memorandum opinions and will adopt that method in its own opinions beginning on August 1, 2012. In short, observers should not be surprised if the same determinations made on specific items of property in this case are cited in future decisions of the court. You can also almost certainly expect to see revenue agents relying on these determinations to make adjustments under examination.

Given all of that, where did Judge Holmes come down on the reclassified items claimed by the taxpayers? The list of reclassed items in this case is long, and as the judge quipped in the opinion, “[t]he details of depreciation spur many to more interesting pastures.” Accordingly, the entire 61-page opinion is included below for those who wish to sift through the details.

Highlights include wins for the taxpayer on the water-distribution system, the underground portion of “site electric”, and the gas lines (once it reached the apartments). However, the taxpayer won these issues because the Commissioner did not raise them until trial and thus bore the burden of proof, which he did not carry. Judge Holmes also allowed the taxpayers to depreciate electrical outlets located in the apartments to service refrigerators, stoves and laundry machines over 5 years under the rationale that they were not structural components, i.e. depreciable over the same 27.5 year period as the apartment building, but instead were personal property which served a specific piece of equipment. See generally, Hosp. Corp. of Am. v. Commissioner, 109 T.C. 21, 54-55 (1997). The Commissioner won nearly every other item claimed by AmeriSouth including some that may surprise practitioners who specialize in this area such as site preparation, HVAC and sanitary sewer. 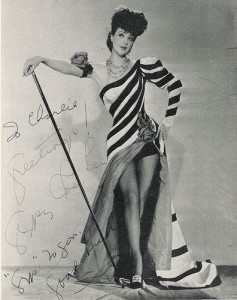