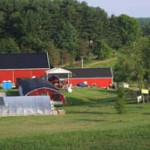 Quality appraisals are still key to conservation easement donation deductions. In Costello v. Commissioner, T.C. Memo 2015-87, the Tax Court held that the taxpayers did not submit a “qualified appraisal” within the meaning of IRC § 170(f)(11)(E)(1) and upheld the substantial valuation misstatement penalties imposed on the taxpayers for the 2006, 2007, and 2008 tax years.

In 2006, the taxpayers granted the county a land preservation easement on their property. The taxpayers sold 16 of their 17 available development rights to a developer for a total purchase price of $2.56 million. Upon recordation of the deed of easement on October 17, 2006 all future development was prohibited on the taxpayers’ farm with the exception of farming.

The taxpayers’ appraisal stated the assumption that the property was “free and clear of any and all liens or encumbrances” as of December 1, 2006. The appraisal did not account for the $2.56 million that the taxpayers received from the developer and the easement granted to the county in exchange for 16 of their 17 available development rights.

Additionally, the taxpayers’ 2007 appraisal omitted a number of required items, including an accurate description of the property contributed, the date of the contribution, or the terms of agreement. It also did not use the words “conservation easement” or “land preservation easement.” Judge Lauber concluded that the appraiser was not aware of the deed of easement that the taxpayer’s transferred to Howard County.

At trial, Judge Lauber did not consider the taxpayer’s addendum to the appraisal because it was made more than five months after the due date (including extensions) of the taxpayer’s 2006 return. Under Treas. Reg. § 1.170A-13(c)(3)(i)(A) to be “qualified” an appraisal must be made no more than 60 days before the contribution and no later than the due date (including extensions) of the return on which the charitable deduction is first claimed.

In sum, the Court held that the appraisal “failed to inform the IRS of the essence of the transaction in which petitioner’s engaged.” Thus, the appraisal was not a qualified appraisal under Treas. Reg. § 1.170A-13(c)(3)(i).

Judge Lauber also denied the taxpayers’ reasonable cause defense to the application of the 20% substantial valuation misstatement penalties under IRC § 6662(b)(3) for all three-tax years because the taxpayers did not get a qualified appraisal under IRC § 170(f)(11)(E)(1).