In Buczek v. Commissioner, 143 T.C. 16 (2014), the Tax Court granted the IRS’s motion to dismiss for lack of jurisdiction under IRC § 6330(g) where the taxpayers offered only frivolous arguments as the basis for a Collection Due Process (“CDP”) hearing.  Of note, however, is the Court’s refusal to overturn the Tax Court’s decision in Thornberry v. Commissioner, 136 T.C. 356 (2011), which also involved a IRC § 6330(g) determination.

In November 2013, the IRS sent the taxpayers a final notice of intent to levy to collect unpaid Federal income tax and interest assessed for 2009.  The taxpayers timely filed Form 12153, Request for a Collection Due Process or Equivalent Hearing, in response.  The taxpayers did not check any boxes on the Form 12153 but wrote “common law hearing” on the form where they could state another grounds for requesting a CDP hearing.  The taxpayers submitted seven additional pages with the Form 12153, including a copy of the notice of intent to levy stamped with common tax protestor arguments, “Pursuant to UCC 3-501”, “Refused from the cause”, “Consent not given”, and “Permission DENIED”.

In June 2014, the IRS filed a motion to dismiss for lack of jurisdiction asserting that the Court does not have jurisdiction when a disregard letter is issued under IRC § 6330(g).  The motion to dismiss was contrary to the Court’s decision in Thornberry, which held that while IRC § 6330(g) denies further administrative or judicial review of the portions of a CDP request that the Appeals office deem frivolous, the statute does not deny judicial review of that determination.

Judge Dawson granted the IRS’s motion to dismiss for lack of jurisdiction based upon his determination the the taxpayers did not make a proper request for a CDP hearing and thus the CDP request was properly treated as if it was not submitted.  However, Judge Dawson clearly states that the Court’s review of IRS determinations under IRC § 6330(g) are important in protecting taxpayers from determinations that are “arbitrary and capricious” and did not overturn Thornberry. 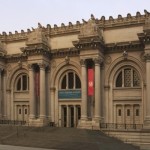