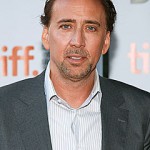 The Tax Court disallowed another charitable deduction for the donation of a façade easement in Boston’s South End Historic District. This time the decision was based on valuation principles, not technical foot faults, and the taxpayers were able to avoid certain penalties.

In Chandler v. Commissioner, 142 TC No. 16 (2014), the taxpayers owned two homes in Boston’s South End Historic District, the Claremont Property and the West Newton Property. The homes were purchased in 2003 and 2005, respectively. The taxpayers entered into an agreement in 2004 to grant the National Architectural Trust (“NAT”) a façade easement on the Claremont Property. They then executed a similar arrangement when they purchased the West Newton Property in 2005.

The IRS did not challenge the easements’ compliance with §170(h). However, the IRS did allege that the easements had no value because they did not meaningfully restrict the taxpayers’ properties beyond the provisions under local law. The taxpayers’ countered that the easement restrictions were broader than local law because they limited construction on the entire exterior of the home and required the owners to make repairs. Local law only restricted construction on portions of the property visible from a public way and did not require owners to make repairs. The taxpayers’ also noted that the easement subjected the property to stricter monitoring and enforcement of the restrictions. The Tax Court, citing its recent opinion in Kaufman v. Commissioner, T.C. Memo 2014-52, (discussed below), rejected the taxpayers’ arguments because “buyers do not perceive any difference between the competing sets of restrictions.”

The Tax Court found the taxpayers’ expert unpersuasive. The Court dismissed the three New York City comparables because they “tell us little about easement values in Boston’s unique market.” The court also found that three of the four Boston properties were “obviously flawed.” The Court took particular exception to the expert’s use of a comparable unencumbered property that was not actually unencumbered. The Court stated that the “error undermines [the expert’s] credibility concerning not only this comparison, but the entire report.”

The Tax Court also found the respondent’s expert report unpersuasive. The respondent’s expert examined nine encumbered Boston properties that sold between 2005 and 2011. He compared the sales prices immediately before and after the imposition of the easements. Each property sold for more after it had been encumbered by the easement. However, the expert failed to account for significant renovations that took place on many of the properties after they were encumbered. Thus, the Court found the expert’s analysis unpersuasive because “it does not isolate the effect of easements on the properties in his sample.” However, in the final analysis, the Court sided with the IRS and disallowed the taxpayer’s deductions.

In Palmer Ranch v. Commissioner, a TEFRA partnership avoided accuracy-related penalties even though the Tax Court reduced the fair market value of its conservation easement by $3.98 million.

The taxpayer claimed a $23.94 million charitable contribution deduction on its 2006 partnership return. The IRS disallowed $16.97 million of the value under exam. At trial, the parties presented valuation experts who relied upon the comparable sales method to set the before and after value of the property. The taxpayer’s expert valued the land at $307,000 per acre, while the IRS expert came in at at $94,000 per acre. The Tax Court reviewed the four properties used by both experts and compared the property’s then-current use with its highest and best use. The taxpayers’ contended that 360 multifamily dwelling units could be developed on the 82-acre parcel. The IRS disagreed, emphasizing: a failed rezoning history; environmental concerns; limited access to outside roads; and neighborhood opposition. The Court rejected each of these arguments and found that “there is a reasonable probability that [the parcel] could have been successfully rezoned to allow for the development of multifamily dwellings.”

The IRS also argued that the real estate market was softening in 2006. Judge Goeke accepted the idea of a declining real estate market and reduced the taxpayer’s pre-encumbrance appraisal of the land from $25.2 million to $21 million. Using the same “after” value percentage (5% of the unencumbered property) the Court found that the fair market value of the conservation easement was $19.96 million.

Following the framework set forth in the U.S. Supreme Court’s recent decision in United States v. Woods, the Court determined that it had jurisdiction to consider the IRC § 6662 penalties. The Court then accepted the taxpayers’ reasonable cause defense and disallowed the 20% penalty because the taxpayer: retained a tax attorney to advise them on the tax aspects of the easement donation; hired a credible, licensed appraiser, and made a good-faith attempt to determine the easement value.