In Route 231 LLC v. Commissioner, the Tax Court found that a partnership’s transfer of Virginia Preservation Tax Credits to a partner who agreed to make a capital contribution of 53¢ for every $1 of tax credit received in exchange for a 1% partnership interest and the credits was not a capital contribution followed by an allocation of credits but rather was a disguised sale under IRC § 707, taxable to the partnership as income.

The IRS released its Criminal Investigation Annual Report for fiscal year 2013 on Monday, February 24. The fiscal year ended September 30, 2013, so the report covers the fourth quarter of 2012 and the first three quarters of 2013. The report shows increases in enforcement actions and convictions for tax crimes. IRS Criminal Investigation continues its focus on identity theft crimes, recommending prosecution of over 1,250 individuals who were involved in identity theft crimes in fiscal year 2013.
As of September 30, 2013, the IRS was able to report the following:

Here is the full report.

In Shea Homes, Inc. v. Commissioner, the Tax Court allowed a homebuilder to defer the recognition of income, using the completed contract method under IRC § 460(e)(1)(A), from home sales in a newly constructed development until the entire development was nearly complete.

The specific facts and contracts in Shea were crucial to the court’s determination.

The D.C. Circuit Court of Appeals has affirmed the ruling of the lower court and held that the IRS does not have the statutory authority to regulate tax return preparers.

In a unanimous and rather direct opinion, the Court of Appeals listed six reasons why the 130 year old statute, 31 U.S.C. § 330, relied upon by the IRS was insufficient to authorize regulation of non-accountant and non-attorney tax return preparers.

The court summarized its view: “the traditional tools of statutory interpretation – including the statute’s text, history, structure, and context – foreclose and render unreasonable the IRS’s interpretation of Section 330.” It also advised the IRS that if it wishes to regulate tax return preparers it should introduce and pass new legislation.

Despite the resounding defeat, the IRS may still petition the appellate court a for rehearing en banc, which would presumably include the three recently appointed members of the D.C. Circuit. The deadline for that motion is March 28.

If the IRS seeks a writ for certiorari with the U.S. Supreme Court, it must file a petition by May 12. 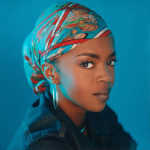 As of December 2013, the IRS was able to report the following: