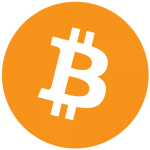 The IRS released Notice 2014-21 on Tuesday, March 25th to provide guidance on the treatment of convertible virtual currencies, like Bitcoin, as property, not currency, for Federal tax purposes. 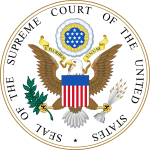 The taxpayers, comprised of two sets of couples filing joint returns for the tax years in question, owned varying interests in two partnerships, WW Ranch and Wind River, LLC. The partnerships entered into a cooperative agreement with the Commodity Credit Corporation and the American Foundation for Wildlife to sell conservation easements on multiple parcels from 2004 through 2006.

The taxpayers made three cash gifts to the North Dakota Natural Resource Trust (NRT) totaling $485,650 from 2004-2006. On its partnership returns, WW Ranch reported bargain sales of conservation easements as charitable contributions of $349,000 for 2004, $247,550 for 2005, and $162,500 for 2006. The parties obtained two appraisals to each contributed parcel. Each appraisal valued the property according to a different land use, and the taxpayers used the difference in appraised values to determine the value of the conservation easements.

The IRS issued notices of deficiency disallowing the charitable contribution deductions for both the cash payments to NRT and the property contributions. The IRS filed a motion for partial summary judgment.

The IRS argued that because the North Dakota state law restricts easements to 99 years the conservation easements cannot satisfy the first and third requirements of IRC § 170(h)(1). The parties agreed that the state law here is unique; it is the only state with a statute that provides for a maximum duration that may not be overcome by agreement.

Under IRC 170(h)(2)(c) a “qualified property interest” means “a restriction (granted in perpetuity) on the use which may be made of the real property. The taxpayers argued that the possibility that the land would revert back to them, WW Ranch, or their successors in interest is the same as a remote future event under Treas. Reg. § 1.170A-14(g)(3) that will not prevent the easements from being perpetual.

A remote future event under Treas. Reg. § 1.170A-14(g)(3) if “on the date of the gift it appears that the possibility that such act or event will occur is so remote as to be negligible.” The Tax Court cited its opinion in 885 Inv. Co. v. Commissioner, defining “so remote as to be negligible” as “a chance which persons generally would disregard as so highly improbable that it might be ignored with reasonable safety in undertaking a serious business transaction.”

The Court granted partial summary judgment on the conservation easement issue in favor of the IRS finding that “on the dates of the donations it was not only possible, it was inevitable that AFW would be divested of its interests in the easements by operation of North Dakota law.” The case will continue to trial on the deductibility of cash contributions to NRT.

In Mountanos I, the taxpayer claimed a $4.9 million deduction return for conveying a conservation easement to the Golden State Land Conservancy. The IRS challenged the easement on multiple grounds, including valuation. The Tax Court found that the conservation easement had no value because the conveyance had no effect on the “highest and best use” of the property. The Court did not consider the respondent’s alternative arguments and imposed a 40% gross valuation misstatement penalty.

The taxpayer filed a motion seeking reconsideration of the Court’s decision on the 40% penalty. Relying on prior opinions of the court, the taxpayer argued that the Court should consider alternative grounds that the taxpayer fails to concede as the basis for calculating the penalty.

The Tax Court denied the taxpayer’s motion for reconsideration of the penalties because it would allow the taxpayer to “take two bites at the same apple.” Judge Kroupa also questioned the viability of the cases relied upon by the taxpayers in light of the Supreme Court’s decision in United States v. Woods. Woods rejected the taxpayer’s reliance on the “Blue Book” formula in an attempt to avoid the gross valuation misstatement penalty.