In an opinion that may be instructive to tax practitioners reluctant to advance alternative theories for relief, the Tax Court held that it had jurisdiction to review the denial of a request for interest abatement that arose out of an untimely petition for review of a collection due process hearing.

The pro se petitioner had a collection due process hearing. In the hearing, petitioner challenged the underlying tax liability, renewed a claim for innocent spouse relief and requested abatement of interest. The Appeals Officer upheld the collection action against the petitioner in a written determination which also included a final determination as to petitioners request for interest abatement. Petitioner petitioned the Tax Court for review of the collection determination but failed to file the petition within the 30 day statute of limitations under Section 6330(d). Respondent filed a motion to dismiss for lack of jurisdiction. Petitioner appeared at the trial session to challenge respondent’s motion and raised the same claims in a hearing before the court that she raised in the appeals hearing. The Court heard petitioners claims and gave the parties an opportunity to brief the issue. On brief, petitioner once again raised all three claims that she made at the Office of Appeals.

IRS Deputy Commissioner Stephen Miller announced the results of the first Schedule UTP filings as part of his remarks to the Tax Executives Institute on March 26, 2012. The audience included corporate tax professionals from a wide variety of companies many of whom had to file a Schedule UTP with their 2010 return. The size of the companies included the largest taxpayers subject to LB&I scrutiny, those in the coordinated industry case (CIC) program as well as many industry case (IC) taxpayers.

Of the 4,000 concise descriptions reviewed, the overwhelming majority described the tax position and nature of the issue in a way that satisfied the IRS. However, the centralized review process determined that about 3% of taxpayers failed to satisfy the concise description requirement. The IRS issued “soft letters” to the taxpayers whose descriptions were deemed inadequate advising them of the need to comply with the instructions.

The IRS has stated that it will not require further action from taxpayers with regard to the 2010 Schedule UTP. However, the IRS also made it clear that the small number of taxpayers whose returns included inadequate concise descriptions will have their 2011 return reviewed.

There are few areas of the tax code as complex and potentially confusing as the rules for TEFRA partnership proceedings. Even the most steely-eyed tax pros wince at the details. Nonetheless, TEFRA is at the heart of many of the transactions that the IRS has challenged over the course last decade and the courts are still sifting through the details.

In Rawls Trading, LP v. Commissioner the government sought a stay of proceedings on a Final Partnership Administrative Adjustment (FPAA) issued to one of three partnerships involved in a single tax-advantaged transaction. Respondent argued that the FPAA was issued prematurely and that the court should stay its proceedings until determinations were made on FPAAs issued to the two related partnerships which were party to the transaction. Petitioners argued for a consolidated hearing on all three FPAAs. The Tax Court chose a third path and raised the question of jurisdiction.

Yes, there is a little more to it than that, but Judge Vasquez does a better job of navigating the labyrinth of TEFRA to reach that conclusion in his opinion than I can in this short column. Nonetheless, this is an important decision in the field of TEFRA procedure and adds yet another layer of complexity to this already challenging area of the law. 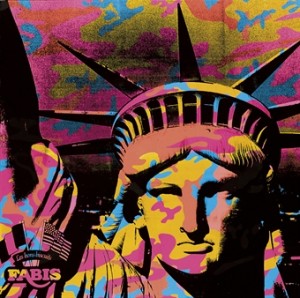 The Tax Court continues to define the broad limits of TEFRA. Petitioner argued that the notice of deficiency was invalid because the item at issue was a partnership item and thus a Final Partnership Administrative Adjustment should have been issued. The Court ruled that TEFRA does not apply where the taxpayer has not filed a partnership return and the partnership does not qualify as a partnership under TEFRA. The Court rejected the petitioner’s motion to dismiss for lack of jurisdiction. 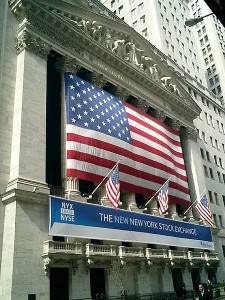 The United States Tax Court, in a division opinion authored by Judge Haines, found that a non-profit organization, Research Corporation, was not subject to excise tax under Section 4980 on a $4.4 million reversion from a defined benefit retirement plan. The court held that Research Corporation was never subject to tax under subtitle A and the plan was not a qualified plan subject to the excise tax. The court also held that it did not have jurisdiction to issue a refund for excise taxes already paid.

Following its own precedent and the clarifying guidance set forth by the U.S. Supreme Court in Bilski v. Kappos, 130 S.Ct. 3218 (2010), the Federal Circuit Court of Appeals affirmed the District Court’s determination which invalidated 41 patent claims by American Master Lease, LLC for investment strategies designed to reduce the incidence of tax using qualified like-kind exchanges under Section 1031 of the Internal Revenue Code.