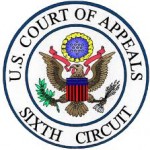 In a long-awaited decision, the Sixth Circuit has held that severance payments following involuntary lay-offs were not wages for FICA reporting purposes. The decision is an opportunity for refund claims by corporate taxpayers who have made similar severance payments after shutting down a physical location or line of business. Neither a bankruptcy or complete business closure is necessary. Taxpayers should contact their tax advisors to review their facts before filing a claim.

The facts of this case are as follows. Quality Stores, Inc., the operator of Central Tractor Farm & Country, went through bankruptcy proceedings beginning in the fall of 2001. Quality Stores closed all locations and operations. As part of the closures, the company filed pre- and post-petition severance plans for its employees that included payments for job losses. FICA and Federal income taxes were withheld from the payments.

Quality Stores later filed a claim for refund of over $1 million for the employer and employee portions of the remitted FICA taxes. The claim was denied by the IRS and the taxpayer sought relief in the Bankruptcy Court. The Bankruptcy Court found that the severance payments were supplemental unemployment compensation benefits (“SUB payments”) and therefore not wages for purposes of FICA withholding. The refund was proper. The District Court affirmed. The government appealed.

The Court of Appeals was asked to determine whether the payments were SUB payments, and if they were, whether or not they were also wages for purposes of FICA withholding. IRC Section 3402(o) provides for the “[e]xtension of withholding to certain payments other than wages.” The Court’s decision turned on the question of whether or not the SUB payments were “other than wages” as suggested by Section 3402(o). If the payments were not wages for FICA purposes, then the refund should be granted.

The Court of Appeals reviewed the matter de novo and agreed with the lower courts’ determinations that the payments were SUB payments. This was an important determination because it was a point of distinction between the Sixth Circuit’s analysis and that of the Federal Circuit. In CSX Corp. v. U.S., 518 F.3d 1328 (Fed. Cir. 2008), the Federal Circuit Court of Appeals held that similar severance payments were wages subject to FICA withholding.

The Sixth Circuit held that the Quality Stores payments were SUB payments as defined by a five-part test drawn from IRC Sec. 3402(o)(2)(A). In the Sixth Circuit’s view a payment meeting the following requirements was a SUB payment:

(1) an amount paid to an employee; (2) pursuant to an employer’s plan; (3) because of an employee’s involuntary separation from employment, whether temporary or permanent; (4) resulting directly from a reduction in force, the discontinuance of a plant or operation, or other similar conditions; and (5) included in the employee’s gross income.

It further opined that the payments need not be tied to the payment of unemployment compensation and that there was no distinction between payments made in a lump sum and those made over a period of time.

By contrast, the Federal Circuit had determined that a SUB payment must meet an eight part test that was set forth in a 1956 IRS Revenue Ruling. The Sixth Circuit rejected this approach, found that the severance payments were SUB payments, and proceeded to determine the meaning and purpose of Section 3402(o).

The Sixth Circuit held that “the necessary implication” of the phrase “shall be treated as if it were a payment of wages” in Section 3402(o)(1) is “that Congress did not consider SUB payments to be “wages,” but allowed their treatment as wages to facilitate federal income tax withholding for taxpayers.” It then recognized the possibility that the language may be ambiguous, a concession to the Federal Circuit’s contrary conclusion, and reviewed the title and intent of the statute. The Court’s review yielded the same conclusion – Congress did not intend that SUB payments be treated as wages for FICA purposes and they should not be treated as such.

This opinion has set up a clear split in the circuits and it is likely that the government will pursue further review of this case. A petition for rehearing is due on October 22. A petition for certiorari to the United States Supreme Court would be due on December 6. 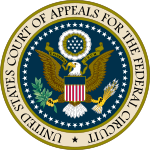 Following its own precedent and the clarifying guidance set forth by the U.S. Supreme Court in Bilski v. Kappos, 130 S.Ct. 3218 (2010), the Federal Circuit Court of Appeals affirmed the District Court’s determination which invalidated 41 patent claims by American Master Lease, LLC for investment strategies designed to reduce the incidence of tax using qualified like-kind exchanges under Section 1031 of the Internal Revenue Code.

The U.S. Supreme Court has granted certiorari in Home Concrete & Supply v. United States, a decision of the 4th Circuit Court of Appeals on the much litigated application of the 6-year statute of limitations. Home Concrete was the first of the 6 year statute cases (also known as the Intermountain cases) to reach the Supreme Court. When the Court selected Home Concrete for hearing it was also presented with the opportunity to hear similar cases from the Federal Circuit (Grapevine) and 7th Circuit (Beard) but apparently has put those petitions on hold pending the decision in Home Conrete.

The Federal Circuit relies upon Mayo Foundation to find for the government on the 6 year statute of limitations issue in Grapevine v. United States, Docket 08-5090 (Fed. Cir., March 11, 2011). The Grapevine rationale differs from that put forth by the same court in Salman Ranch Ltd. v. United States, No. 2008-5053 (Fed. Cir. July 30, 2009), (when it found for the taxpayer) and by the other circuits who have considered the same issue.

For commentary on this opinion visit Tax Appellate Blog.

The Fourth Circuit Court of Appeals joins two other circuits holding that the 6 year statute of limitations does not apply to an overstatement of basis.

The Court of Appeals for the Federal Circuit affirms the Court of Federal Claims grant of summary judgment in favor of the United States ruling that the taxpayer failed to meet the necessary certification requirements to be eligible for the Work Opportunity Tax Credit (WOTC) and Welfare to Work (WtW) tax credit.