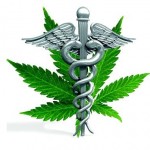 In an opinion that would make Willie Nelson shake his head, the Tax Court held that a taxpayer was not entitled to deduct business expenses related to his “Health Care” business (read: medical marijuana dispensary).  The Court also disallowed the taxpayer’s cost of goods sold (COGS) and casualty loss for items seized during the Drug Enforcement Administration’s (DEA) raid of his dispensary in 2007.

The taxpayer resided in California and owned two medical marijuana dispensaries in 2007 operating under the name Alternative Herbal Health Services (“AHHS”).  AHHS sold various strands of marijuana, pre-rolled marijuana joints, and edible food items prepared with marijuana.  It did not sell any pipes, papers, or vaporizers, however they were made available to customers to medicate on site.  AHHS provided several educational activities to its customers at no charge including “loading, grinding, and packing marijuana for customers’ use of bongs, pipes and vaporizers.”  On January 11, 2007 the DEA searched the taxpayer’s dispensary in West Hollywood and seized marijuana, food items suspected to contain marijuana, and marijuana plants.

The taxpayer had a very short record retention policy, as his typical practice was to shred all sales and inventory records at the end of the day or by the next day.  When it came time to prepare his 2007 tax return, the taxpayer gave the numbers to his attorney who then gave them to his tax return preparer.  The Schedule C for his 2007 tax return reported a “Health Care” business with $1,700,000 in gross receipts and $1,429,614 in COGS and $194,094 in expenses.  The taxpayer included $600,000 attributable to the value of the marijuana seized by the DEA in his gross receipts and COGS entries for 2007.  All of the gross receipts and expenses reported on the taxpayer’s 2007 return were from the sale or expenses associated with AHHS’s marijuana or marijuana edibles.  After three amended answers, the IRS asserted a tax deficiency of $1,047,743 and assessed a $209,549 accuracy-related penalty under section 6662(a) for the 2007 tax year.

Under IRC § 280E a taxpayer may not deduct any amount paid or incurred in carrying on a trade or business if such trade or business consists of trafficking controlled substances which is prohibited by Federal law or the law of any state in which the trade or business is conducted.  The Court relied on its own decision in Californians Helping To Alleviate Med. Problems, Inc. (CHAMP) v. Commissioner, 128 T.C. 173 (2007) and the U.S. Supreme Court’s decision in Gonzales v. Raich, 545 U.S. 1 (2005) to determine that the taxpayer was trafficking in a controlled substance within the meaning of IRC § 280E.

However, Judge Goeke distinguished this case from CHAMP, where a potion of the taxpayer’s operating expenses were allowed because the taxpayer’s activities included those unrelated to the sale or distribution of marijuana.  In this case, the taxpayer provided no evidence that AHHS sold any non-marijuana-related items.

The Court also disallowed the taxpayer’s IRC § 165 casualty loss deduction and denied his characterization of the marijuana seized by the DEA as COGS in 2007.  The Court found that characterizing the marijuana seized by the DEA as COGS was difficult the taxpayer’s record retention policy left little substantiation for the value of items seized.  Even if he had been able to provide substantiation the product could not be considered COGS because was confiscated and, in fact, was not sold.  When the smoke cleared, Jude Goeke unsurprisingly upheld the accuracy-related penalty under IRC § 6662(a).