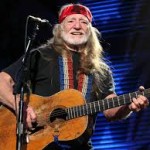 Willie Nelson may be most famous for his longevity in the music industry. He’s been making music since 1956 and has recorded over 70 albums during his career. Nelson has also participated in countless compilations and collaborations with other artists. He’s well known as a longhaired, liberal activist owning a biodiesel brand and serving on the advisory board of the National Organization for the Reform of Marijuana Laws.

In the late 1970’s and early 1980’s Nelson, along with over 4,000 other wealthy individuals, participated in a widely promoted tax shelter. The shelter, operated by First Western Securities of San Francisco, allowed investors to deduct as much as $8 on their tax returns for every $1 invested. After an investigation, Nelson was hit with taxes, penalties, and interest of over $30 million.

In 1990, Nelson’s lawyer negotiated to have the bill reduced to just over $16 million to cover tax, penalties, and interest, but Nelson did not have the money to pay his bill. The IRS executed a raid and seized most of Nelson’s assets including musical instruments, platinum records, posters and his recording studio. Nelson was able to save his guitar, Trigger, by having his daughter ship it to him in Hawaii before the raid. After hearing about his problems, fans started a number of charity drives to help pay Nelson’s tax bills. Many of Nelson’s sentimental items were saved when the IRS accepted less than full value from charity groups, who then returned them to Nelson.

The auctions and donations were not able to make any substantial progress towards resolving Nelson’s tax bill. In an unusual attempt to collect as much as it could, the IRS agreed to allow Nelson to produce a compilation album with a portion of the proceeds going to the IRS. By this time, Nelson’s lawyer had renegotiated the bill to $6 million. Nelson’s album, The IRS Tapes: Who’ll Buy My Memories?, sold for $19.95 with $9.95 going to the telemarketing company promoting the album, $3 to the IRS, $2.40 to Sony Corporation, $2 to pay the tax generated by sale of the album, $1.60 to album-related expenses, and $1 going to fund Nelson’s lawsuit against the promoter.

The album wasn’t a huge success, though the IRS collected about $3.6 million. Nelson’s settlement from his lawsuit against the promoter and his money from other projects was enough to cover the remainder of his tax bill.