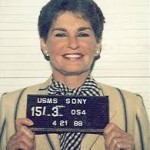 No, not Mr. Trump, but an older (and more patriotic?) icon of American culture reminds citizens of their duty to file their taxes in this 1943 video produced for the War Activities Committee of the Motion Pictures Industry.

Individual income tax returns are due today. If you still haven’t made it to the bottom of that shoebox of receipts, then make sure to get in your automatic extension to file by the end of the day.