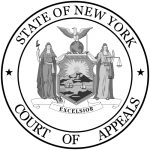 Click-through nexus is a well-known term in the world of sales and use tax. It refers to the proposition that an internet vendor may be required to collect and remit sales tax on sales that originate from links placed on the websites of independent affiliates if that affiliate has nexus with the taxing jurisdiction. It is also known as affiliate nexus but may be most commonly known as the “Amazon tax” or “internet tax.”

New York was one of the first states to enact a statute creating a sales tax obligation based on click-through nexus. In 2008, New York amended the definition of “vendor” for sales tax purposes to include referring website links:

a person making sales of tangible personal property of services taxable under this article (‘seller’) shall be presumed to be soliciting business through an independent contractor or other representative if the seller enters into an agreement with a resident of this state under which the resident, for a commission or other consideration, directly or indirectly refers potential customers, whether by a link on an internet website or otherwise, to the seller, if the cumulative gross receipts from sales by the seller to customers in the state who are referred to the seller by all residents with this type of agreement with the seller is in excess of ten thousand dollars during the preceding four quarterly periods. Tax Law § 1101(b)(8)(vi)

The amendment created a presumption that New York residents who received commissions from sales generated by website referral links were soliciting business in the state on behalf of the party who paid the commission. Shortly after the statute was amended, the Department of Taxation and Finance (DTF) issued guidance indicating that placing a link to another website on a website owned by a resident would not trigger the statutory presumption because it was “mere advertising.” However, if the link generated sales commissions for the resident owner of the independent website, then the link would not be considered mere advertising and the sale would be subject to sales tax.

Amazon and Overstock each filed suit arguing that the statute was unconstitutional on its face (i.e., as written) and as applied under the Due Process and Commerce Clauses of the U.S. Constitution. The New York Supreme Court (New York’s trial court) granted DTF’s motion to dismiss for failure to state a cause of action in both cases. The Appellate Division affirmed the dismissals on the facial challenges but reinstated the as-applied challenges, calling for further discovery. The parties stipulated to the discontinuance of the as-applied constitutional challenges to set the stage for the New York Court of Appeals (New York’s highest court) to review the merits of their facial challenge. The Amazon and Overstock cases were consolidated for consideration by the high court.

Facial constitutional challenges face a high hurdle and this case followed in suit. The Commerce Clause question came down to whether New York’s statute satisfies the “substantial nexus” test set forth by the U.S. Supreme Court in Complete Auto Transit, Inc, v. Brady, 430 U.S. 274 (1977) and Quill Corp. v. North Dakota, 504 U.S. 314 (1992). Most observers would note that the Complete Auto test applies to income taxes and the Quill test applies to sales and use taxes. The New York court did not make such a distinction. This is notable because the sales tax test under Quill requires a physical presence in the taxing jurisdiction to satisfy the substantial nexus requirement.

The Court of Appeals distinguished Quill‘s physical presence requirement based on its own jurisprudence. Citing its opinion in Matter of Orvis Co. v. Tax Appeals Trib. of State of N.Y., 86 N.Y.2d 165 (1995), the high court noted that

although an in-state physical presence is necessary, it “need not be substantial. Rather, it must be demonstrably more than a ‘slightest presence'”. The presence requirement will be satisfied if economic activities are performed in New York by the seller’s employees or on its behalf. [internal citations omitted]

The court explained that “the world has changed dramatically in the last two decades” and expounded on the parallels between the mail order business (Quill) and online retail (Amazon and Overstock). In affirming the constitutionality of the New York statute under the Commerce Clause, the Court of Appeals held that

Viewed in this manner the statute plainly satisfies the substantial nexus requirement. Active, in-state solicitation that produces a significant amount of revenue qualifies as “demonstrably more than a ‘slightest presence'” under Orvis.

The Court of Appeals’ analysis of the Due Process Clause was more direct. It affirmed the statutory presumption that resident affiliates will solicit local sales by reaching “out to their New York friends, relatives and other local individuals” was rationally related to the facts proved and the facts presumed.

The opinion of the court included a dissent from Judge Robert S. Smith who observed that the New York statute “tries to turn advertising media into an in-state sales force through presumption.” The consequence, in Judge Smith’s view, “would be to nullify the rule that advertising in in-state media is not the equivalent of physical presence.” The dissent concluded that the statute should be held unconstitutional under the Commerce Clause.

Some observers may question whether the New Court of Appeals has skirted Quill’s physical presence standard with this decision. In all events, click-through nexus is the law of the land in New York. Whether the parties will seek review in the U.S. Supreme Court remains to be seen.