The appeal of AT&T Corporation v. Commissioner from the Massachusetts Appellate Tax Board (“ATB”) was among the 10 most requested dockets on the Supreme Judicial Court of Massachusetts website. It’s unlikely that observers got exactly what they expected because the decision came with a considerable caveat. 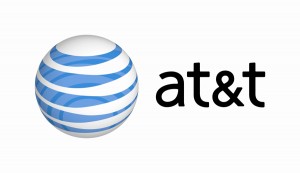 The affirmation of the ATB’s decision certainly was a good thing for AT&T even if the application of those facts to others might be approached with some caution. AT&T was subject to the Massachusetts public service corporation franchise tax. They sought a refund of taxes when they changed their approach to apportioning service income earned in Massachusetts. The Department of Revenue rejected the refund claim and they ended up in front of the ATB.

The nature of the income producing activity was crucial to the ATB’s analysis of AT&T’s refund position. The Commissioner of the Department of Revenue argued that AT&T’s income should be measured based on each individual call or data transmission – the transactional approach. Under that analysis, the costs of performing each transaction was greater in Massachusetts than anywhere else, do the income from all the calls would be sourced to Massachusetts and subject to tax by Massachusetts.

AT&T countered that its income producing activity was “providing a national, integrated telecommunications network” – the operational approach. Of course, under AT&T’s method most of the costs related to performing the income producing activity happened at their corporate headquarters in New Jersey, outside of Massachusetts, thus depriving Massachusetts of the privilege of taxing the income.

AT&T had lost this argument in the Oregon Tax Court, but prevailed in the ATB. The ATB found that AT&T’s system of re-routing calls, sometimes across the nation, to make a connection in response to heavy network demands, and the unpredictability of that routing, illustrated that the income producing activity was part of an entire integrated network. It was this decision that the Appeals Court affirmed with its ruling.