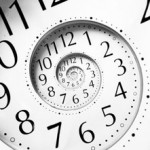 One thought on “Timing is Everything in Easement Donations, or Is It?”