It’s really hard to not take the opportunity to blog about the world’s greatest superhero franchise. Despite the tag line, this case might be better described as Avengers Disassemble, because that’s what Marvel wanted to do with its tax attributes following the bankruptcy of four members of its consolidated group in 1998. 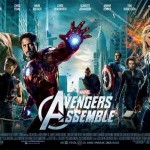 The case was decided on cross motions for summary judgment. With no facts in dispute, the question boiled down to whether the consolidated net operating loss (CNOL) to be reduced under section 108(b)(2)(A) is the entire CNOL (single-entity approach) or an allocable portion of the CNOL (separate-entity approach). To put it in cinematic speak, should the Avengers superpowers be considered assembled or individually? Before going further, it should be noted that subsequently issued regulations would address this question should it happen today and application of the holding is limited to similarly situated taxpayers in pre-2005 tax periods (though that doesn’t solve the Marvel movie rankings).

At the time of the bankruptcies, Marvel’s entire consolidated group had a net operating loss of $187,154,680. The bankrupt entities had COD income of $171,462,463. Marvel had to reduce its consolidated NOL under IRC §108(b)(2)(A) to account for the COD income excluded in bankruptcy. Marvel allocated its consolidated NOLs according to the lesser of (1) each member’s excluded COD income or (2) each member’s allocable share of CNOL. Under Marvel’s allocation method, the NOLs were reduced by $89,566,469 resulting in a carryover CNOL of $71,186,863. The NOL was reported and reduced by offsetting income in subsequent years.

At the beginning of 2003, the Marvel claimed a remaining NOL carryforward of $47,424,026. The IRS denied application of the NOL carryforward in 2003 and 2004 on the theory that the 1998 tax attribute reduction of the NOLs should have been determined on a consolidated basis instead of a separate entity basis. Under the IRS theory the consolidated NOL of $187,154,680 would have been reduced by the total COD income of the bankrupt subsidiaries ($171,462,463) and there would be no remaining NOL to carryforward at the beginning of 2003. Marvel disagreed and petitioned the Tax Court. For a technical discussion of NOL carryforwards in a consolidated group, please check out Tony Nitti’s great post on this case.

In a detailed opinion that is somewhat less exciting than almost any Marvel Enterprises cinematic event (except maybe this one), the Court sided with the Assembled Avengers and applied an interpretation of the Supreme Court’s opinion in United Dominion Indus., Inc. v. United States, 532 U.S. 822 (2001), which supported the government’s consolidated group/single entity theory. Marvel lost this battle but the superheroes will be back again next year.

Read the full opinion here, while I step out for some popcorn.

All images and character references are to properties of Marvel Enterprises, LLC.