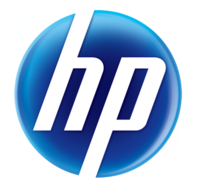 The Tax Court, in a memorandum opinion by Judge Goeke, characterized Hewlett-Packard’s investment in a foreign corporation as a loan rather than equity for federal income tax purposes, thereby denying HP the benefit of foreign tax credits generated by the foreign entity. Though the court found for the government, it declined to consider the government’s arguments that the economic substance doctrine or the step-transaction doctrine applied and rested its decision solely on a debt/equity analysis.

The court adopted the Ninth Circuit’s 11 factor debt/equity analysis to determine the merits of the debt according to the Golsen rule, which requires the Tax Court to follow the law of the federal circuit where an appeal would lie. The Ninth Circuit analysis is notable because Hewlett-Packard has a pending suit in a U.S. District Court in the Ninth Circuit seeking a refund of foreign tax credits generated in other tax years attributable to the same transaction in question in the Tax Court case.

To the best of our knowledge, this is the first court decision to address a Tax Credit Generator transaction.