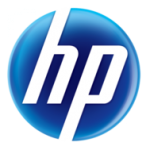 This fairly nuanced Tax Court opinion defines the scope of gross receipts for calculating research tax credits under Sec. 41. The case demonstrates that a thoughtful examination of return calculations, and what is included and excluded from those calculations, can yield significant tax savings. However, since the issue raised in this case was addressed by regulations defining gross receipts for Section 41 published after the tax years involved in the case, the direct application of this holding in current years is limited.

The government argued to the contrary – a position consistent with the later promulgated regulations mentioned above. The Tax Court agreed with the government. It ruled that HP’s dividends, interest, rent, and other income must be included in total gross receipts for purposes of the calculation. You can add it all up yourself if you care to read the opinion below.