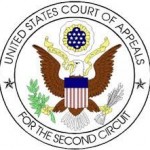 The Second Circuit Court of Appeals vacated and remanded the U.S. Tax Court’s finding that Ms. Huda Scheidelman failed to obtain a qualified appraisal for the 2004 façade easement donation over her New York City home.

In March of 2003, Ms. Scheidelman and her husband completed a façade conservation easement application and made a fully refundable $1,000 deposit to the National Architectural Trust (“NAT”). The taxpayers waited to pursue the donation until 2004, so that they could save enough money to pay for the appraisal.  In April of 2004, the taxpayers hired an appraiser from a list of appraisers provided by NAT.

After receiving the appraisal, NAT notified Ms. Scheidelman that all of the trust’s easement owners must make a cash contribution toward operating costs equivalent to 10% of the cash value of their easement. Ms. Scheidelman wrote NAT a check for $9,275. NAT accepted the appraisal and the City of New York recorded the conservation deed of easement for the property. The taxpayers attached Form 8283 to their 2004 tax return reporting a $115,000 gift to charity. They carried over $63,083 of the reported contribution to their 2005 and 2006 tax returns.

The IRS conducted an examination of Ms. Scheidelman and disallowed her cash contribution to NAT and the deductions for her conservation easement in all three years. The IRS issued a notice of deficiency and Ms. Scheidelman filed a petition with the United States Tax Court. In Scheidelman v. Commissioner the Tax Court ruled that she did not obtain a “qualified appraisal” under Treas. Reg. § 1.170A-13(c)(3) because it did not use a sufficient method and basis of valuation. The Tax Court also disallowed a deduction for a cash contribution to NAT.

The Court of Appeals disagreed with the Tax Court’s conclusion that the appraiser did not provide a proper method of valuation under Treas. Reg. § 1.170A-13(c)(3)(ii)(J). The court held that the appraiser’s use of the “before and after” method and his reliance on a published IRS article proposing an acceptable discount range for facade easements was appropriate.

Reviewing the basis of valuation requirement under Treas. Reg. § 1.170A-13(c)(3)(ii)(K), the Second Circuit found that the appraiser’s approach was “nearly identical” to the method used in Simmons v. Commissioner. The court noted the similarities between the two cases and held that the appraisal provided by Ms. Scheidelman gave the IRS “sufficient information to evaluate the claimed deduction,” thus satisfying Treas. Reg. § 1.170A-13(c)(3)(ii)(K).

The Second Circuit also held that Ms. Scheidelman’s $9,275 cash donation was a deductible charitable contribution because NAT did not give her any goods or services, any benefit, or anything of value in return for her donation. The Court noted that although Scheidelman hoped to obtain a charitable deduction for her gifts, it was not a quid pro quo because the facade easement deduction would not come directly from the receipt of the cash gift.

The case was remanded to the Tax Court for further findings on the value of the easement consistent with the findings of the Court of Appeals.