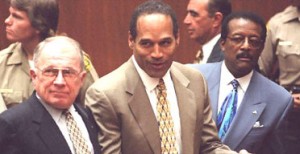 F. Lee Bailey is one of the most renowned trail attorneys of the past 50 years. He rose to fame when he convinced the U.S. Supreme Court to order a retrial for Dr. Sam Shepard (the alleged inspiration for The Fugitive). His other famous clients have included Patty Hearst, the Boston Strangler and O.J. Simpson.

His legal career went of the tracks in 2001 when he was disbarred in Florida (and later in Massachusetts) for mishandling client funds. In 2005 he tried and failed to regain his Massachusetts license.

Not one to ever give up, Bailey took and passed the Maine bar examination in 2011 and applied for a law license. However, the Maine Board of Bar Examiners denied his application on the basis that Bailey had not proved by “clear and convincing evidence that he possesses the requisite honesty and integrity” to practice law. The key factor in their ruling was “an income tax debt of nearly $2,000,000 that was and remains in litigation on appeal.”

Bailey appealed the board’s decision to the Maine Supreme Judicial Court. The high court found that the “the tax debt currently in litigation should not prevent a finding of good character and fitness to practice law.” This was good news for F. Lee (and anybody else who might be feeling blue about their tax problems).

The high court’s order paved the way for Bailey to return to the practice of law. We will follow his case to see if he prevails on the lien but for now the only question is who will be his next high profile client.

UPDATE: Thank you Peter Reilly CPA (follow him @peterreillycpa) for mentioning us in your recent Forbes blog post. To answer your question about the potential for appeal, the Board of Bar Examiners motion for reconsideration was denied by the high court on June 13, 2013 – six days after the order above. I believe that cleared the final obstacle to Mr. Bailey’s readmission.

Read the order on the motion for reconsideration here:
F. Lee Bailey v. Board of Bar Examiners, Motion on Reconsideration

4 thoughts on “$2M Tax Lien not a Character Issue for F. Lee Bailey”